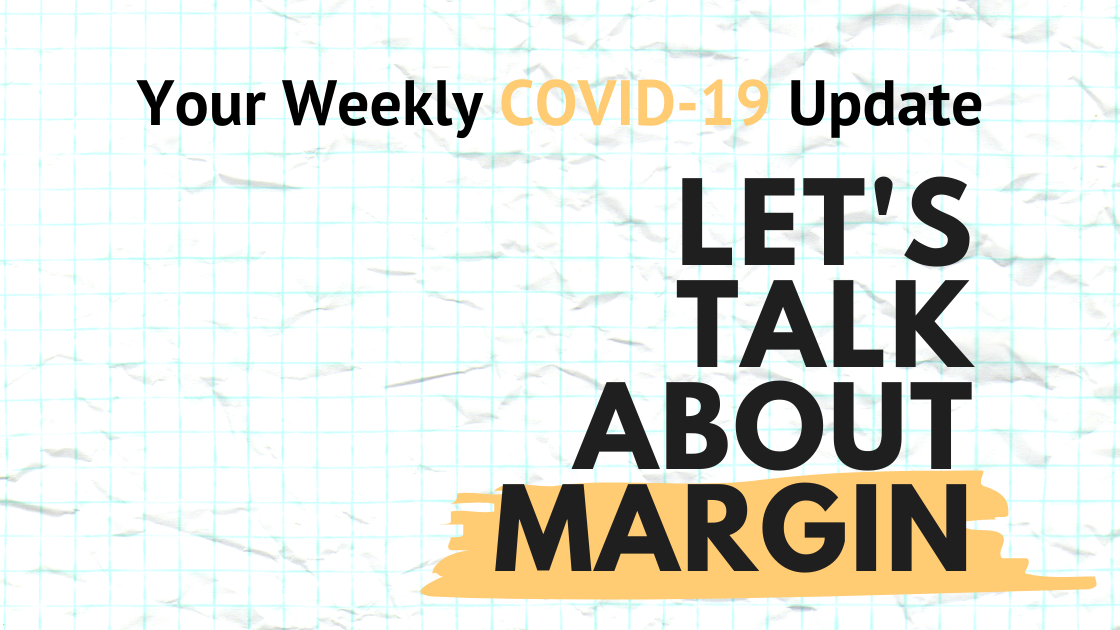 Things are gradually becoming more bearable as the weeks of the COVID-19 pandemic progress. Governor DeSantis outlined new guidelines that restaurants, museums, and libraries are allowed to operate at 50% capacity. Gyms can also be open as long as occupants practice social distancing and other preventative measures to combat the spread of COVID-19.

It’s good to see a pragmatic reaction from the governor. Life is progressing back to normal. But that doesn’t mean we shouldn’t still practice prudence so as to not overexpose ourselves to the risk of a second wave of coronavirus too soon. The shut down has sucked but we still aren’t exactly sure what we are dealing with.

Prior to this announcement, restaurants were able to open up to 25% occupancy, so I, and Heather and Dennis Ruiz, took advantage by meeting up for dinner at Strange Colt Brewery in Niceville. If you haven’t eaten there, you need to. The food is great and the beer selection is even better. After hearing of the restaurant in December, I’ve been back several times since. This evening, I ordered the Big Kids Grilled Cheese with bacon, prosciutto, and salami and a house salad. I had the Draught Horse Irish Red Ale to drink with it. Not only is everything delicious, but the prices are also reasonable as well. 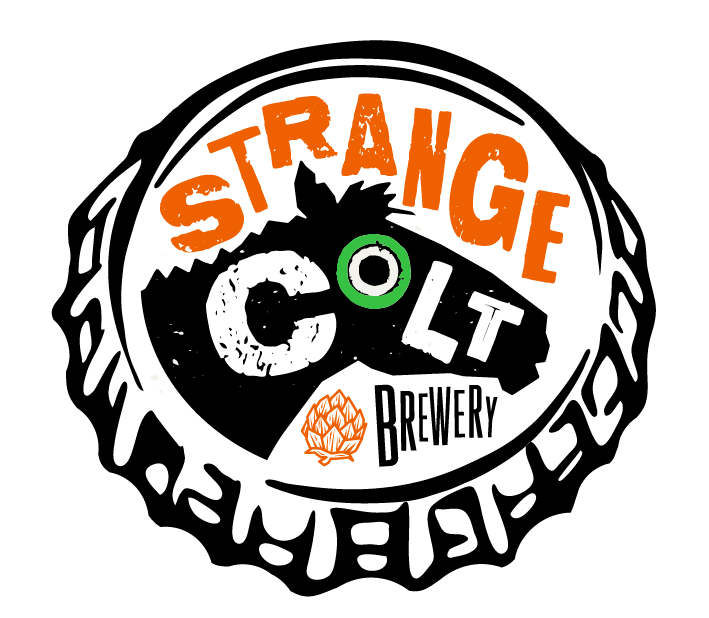 It had been too long since the last time we had the chance to meet up, for obvious reasons. Naturally, the conversation turned to the coronavirus. They both shared something that I had noticed. The Great Pause, as Heather referred to it, had really underscored how little margin we have been living with: both in terms of finances and time.

A Lack of Margin in Finances 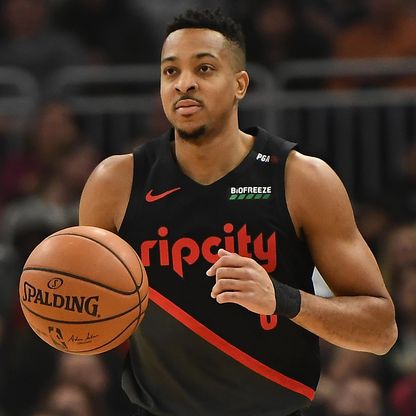 I came across an article on Yahoo Sports where C.J. McCollum, a player with the Portland Trailblazers, confirms that an estimate of 150 NBA players are living paycheck to paycheck was accurate. This is, unfortunately, not surprising. According to CNBC’s October 8, 2018, article, “Millennials (defined here as those born between 1981 and 1998) hold only about $2,400 in median total savings. That’s not going to get you very far, considering that experts say you should have at least three to six months’ worth of living expenses in an emergency fund and also be on your way to saving $1 million for retirement.”

But, It’s Not Just Ball Players

Only having $2,400 in reserves is fine when you’re able to generate income through working. Income generation came to an end for A LOT of people through the course of this pandemic. “Nearly three million new unemployment claims brought the two-month total to more than 36 million, even with some still frustrated in seeking benefits,” according to The New York Times. If those people formed a country, they would be the 41st most populous country ahead of Saudi Arabia!

In addition to impacting individuals, the coronavirus caught nearly all sectors in the economy unprepared. Most businesses severely lack the financial foundation to outlast without continued income. And, without the required cash reserves, they’ve had to effectively beg Congress to keep them from going under.

I understand the principle of using your income to generate more income. However, what this crisis has demonstrated is that even multi-billion dollar companies aren’t far off from WUPHF.com, the company Ryan founds in the show The Office.

A Lesson From … THE OFFICE!? 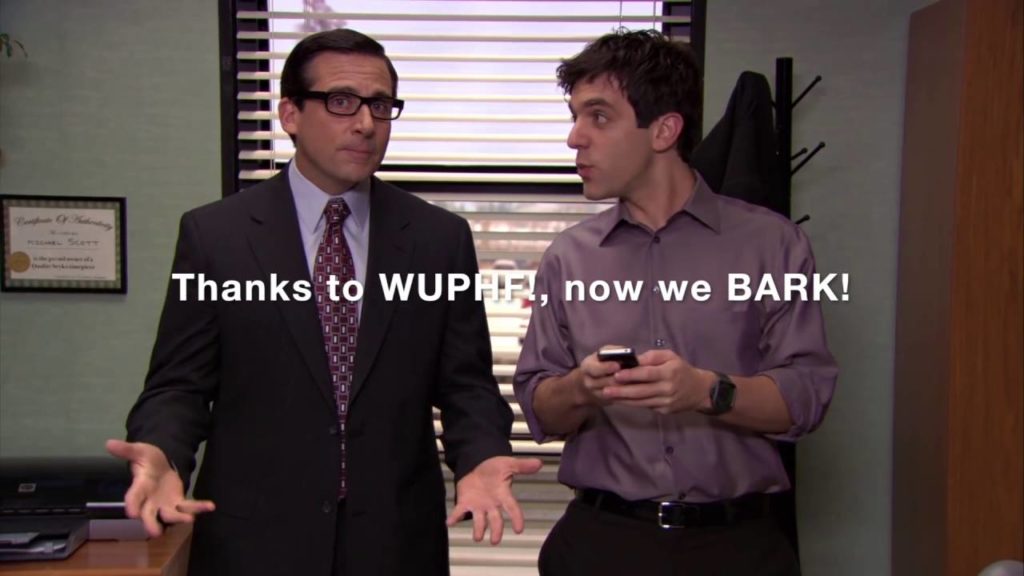 Thanks to WUPF, now we BARK!

If you haven’t seen The Office, one of the episodes consists of half of the staff investing in Ryan’s idea of a service that blasts a message for you across all social media platforms, text, email, etc. The staff that’s invested in the idea then discovers that WUPHF.com only has nine days before it becomes insolvent. Most of the episode consists of the employees who invested in WUPHF.com trying to convince Michael to sell the company to Washington University Public Health Fund instead of taking the financial loss.

Unfortunately, most companies don’t have the same option of selling out. They’re stuck with hoping that they receive a bailout from the government. And, a lot of us are personally staring at a similar fate. Fortunately, Congress passed the CARE Act at the beginning of April and also seems intent on doing a second round of stimulus checks in the very near future which is much-needed relief.

A Lack of Margin in Our Lives

The way life was before, it was very easy to get wrapped up in our schedules and just focus on the next thing on our agenda. Dennis put it best, “I didn’t realize how much time we spent going to and from things until I got home from work and there was nothing we had to hustle to. Instead of ‘Ok, it’s time to go to volleyball practice,’ as a family we’ve found ourselves asking, ‘What movie do we want to watch tonight?’” 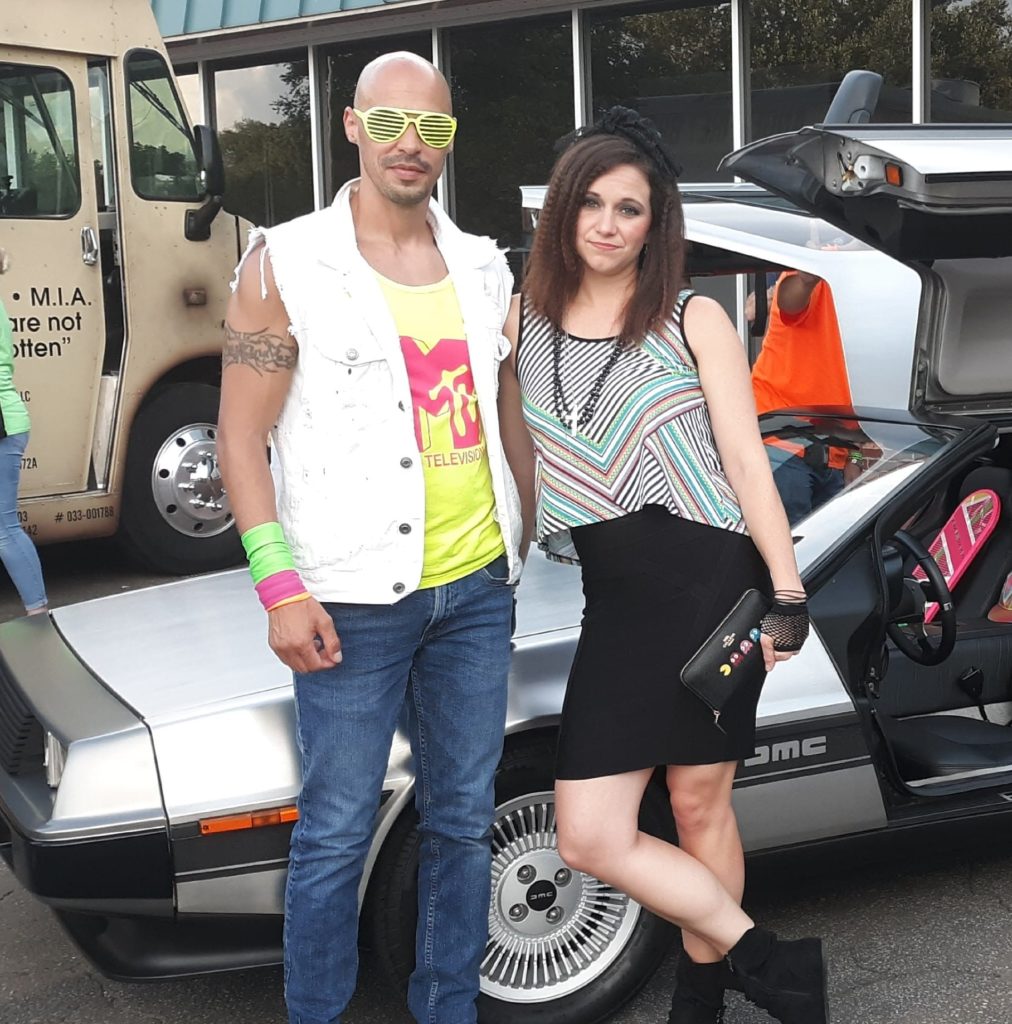 Heather and Dennis Ruiz getting their 80s on.

A part of the pandemic I’m unfamiliar with because Rhoda and I don’t have children is how schools K-12 have adapted to it by incorporating online schooling. Heather remarked, “With online schooling, there’s no homework. You complete your assignments during class, and you’re done.” This has opened up even more free time.

With the initial response to COVID-19 shutting everything down and forcing everyone inside, there hadn’t been much person-to-person contact. As parents have become more comfortable with allowing their children to go outside, she exclaimed, “I didn’t realize there were so many kids in the neighborhood. It’s been really refreshing to see kids we’ve never seen before outside. I guess that’s what happens when you haven’t been able to do that for so long.”

A Lack of Margin Upon Returning to Normalcy?

This is the thought that has been in the forefront of my mind when I think about COVID-19: “How will we act once we are back to normal?” Will we as individuals, companies, and a society revert to what we did when life was good? Or will we see that, even though life was good, it could be better? I’m not sure, and I don’t think we will find that answer until years in the future.

Heather Ruiz is the Senior Director of Marketing & Leasing at Destin Commons. Dennis Ruiz, Jr, is the Head Graphic Designer at Actionwear USA.

In case you missed last week’s COVID-19 Update, check it out The Real Estate Edition!