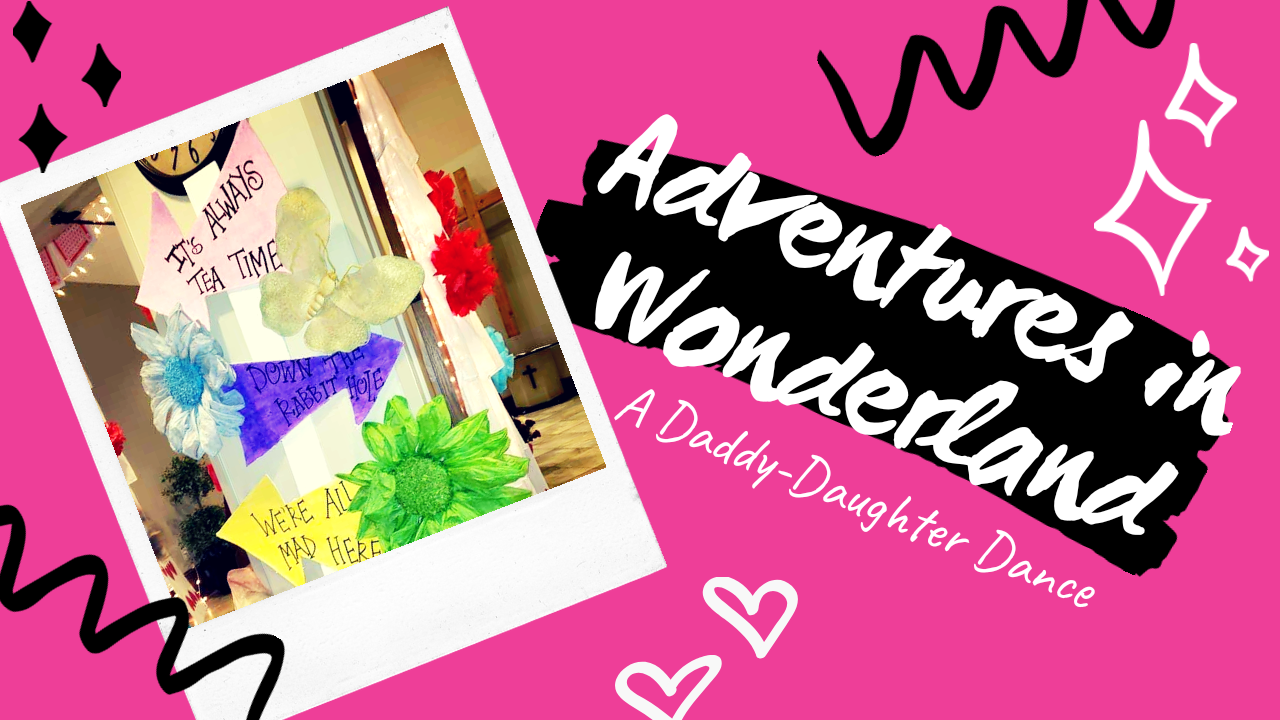 A Santa Rosa Beach Event To Remember: Adventures in Wonderland

I get to witness Father-Daughter Dances on a regular basis as a typical formal dance for most 30A weddings. This Daddy-Daughter Dance, a Santa Rosa Beach event called Adventures in Wonderland on February 7, 2020, hosted by Good News Kids, was a little different than what I am usually involved with, though. 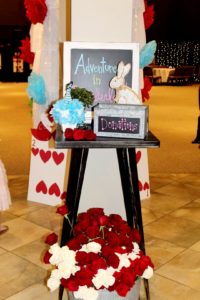 “Would you tell me, please, which way I ought to go from here?” asked Alice.*

With over 215 people in attendance, this year’s event marked the highest turnout they’ve ever had for a Father-Daughter dance! Daughters in attendance ranged from ages 3 to 15 years old. As guests arrived, I wanted to keep the vibe light and fun, so I chose upbeat instrumentals of recognizable songs such as “Happier” by Marshmello & Bastille, “Something Just Like This” by The Chainsmokers featuring Coldplay, and “Get Lucky” by Daft Punk featuring Pharell Williams & Nile Rodgers. 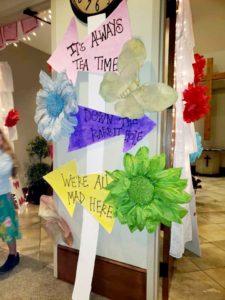 “I suppose I ought to eat or drink something or other; but the great question is ‘What?’”

A night out with dad wouldn’t have been complete without enjoying dinner together. They served chicken fingers, popcorn chicken, ham and cheese rolls ups, fruit, cheese, and desserts galore! Early in dinner, I opted to go with songs for the dads in attendance playing “Faithfully” by Journey, “Reach Out I’ll Be There” by Four Tops, and “Just Kissed My Baby” by The Meters. 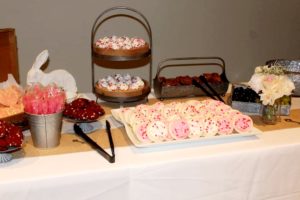 “she’s so extremely likely to win, that it’s hardly worth while finishing the game.”

After dinner, we had a surprise treat of GAMES for the dads and their daughters. Each was a surprise to the dads who either volunteered themselves or were volunteered by their daughters. The first game was a Hula Hoop Challenge which pitted eight dads against each other to see who could keep the hula hoop up the longest to Cheerleader by OMI. I was actually impressed with how well some of them did! 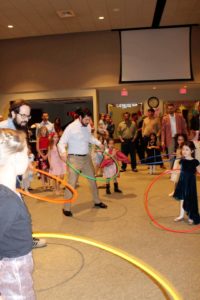 The second challenge was a Froot Loop Relay. This time it was a father-daughter team challenge. The daughter had to successfully scoop Froot Loops from a bowl, only using a spoon, and bring them back to her dad who was holding an empty bowl. The winning total was 178!

The last challenge was to see who could create the best flower out of paper ribbon. We were originally only going to have eight participants in this event as well but the interest was so overwhelming that we increased the field to 16!

Second place earned a large, chocolate Hershey’s heart. The winner of each challenge earned a gift card to Pizza By The Sea to enjoy a dad and daughter date. 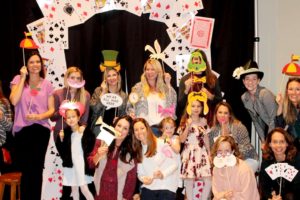 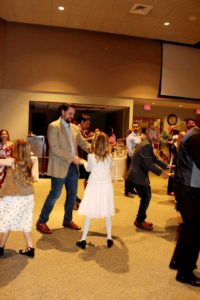 With the challenges successfully completed, it was time to DANCE! First, we started with “My Girl” by The Temptations but that sentimental song quickly gave way to Bruno Mars’ party-starter classic “Uptown Funk”. And, the exuberance of the girls with their fathers never let up but only built to the point where “Into the Unknown” by Panic! At the Disco played. The girls went CRAZY. If you don’t have kids or have never seen Frozen 2 (guilty on both counts), you wouldn’t know how much of a hit with the girls was. This song was the second most requested song of the night. All of the girls in attendance knew it and sang along emphatically. The most requested song of the night? Baby Shark. Was there any surprise to this one? 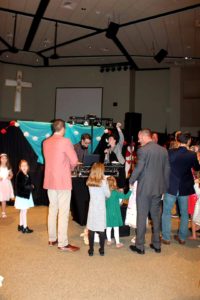 DJ Josh in the Mix

“Alice, Why would you leave Wonderland?”

Alas, good things do what they always do: come to an end. The night had to come to an end. But, what better way to end it than by each father and daughter dancing out to “I Gotta Feeling” by Black Eyed Peas Soul Train style. It was such a great event to be a part of. I’ve been told that both the parents and the kids are still raving about it. I’m just grateful that I got to be a part of a wonderful Santa Rosa Beach event and look forward to being a part of Good News Church’s Father-Daughter Dance in 2021!

“Begin at the beginning,” the King said, very gravely, “and go on till you come to the end: then stop.”

But, fortunately for parents looking for more Santa Rosa Beach events, there’s more to come!  The next event Good News will have for kids is their Spring Break Kids Kamp which takes place March 16-18. If you’re interested in finding out more information, contact Jess at jessica@goodnewsumc.net or go to their website at goodnewschurch.life.

*All quotes from Alice in Wonderland by Lewis Carroll.