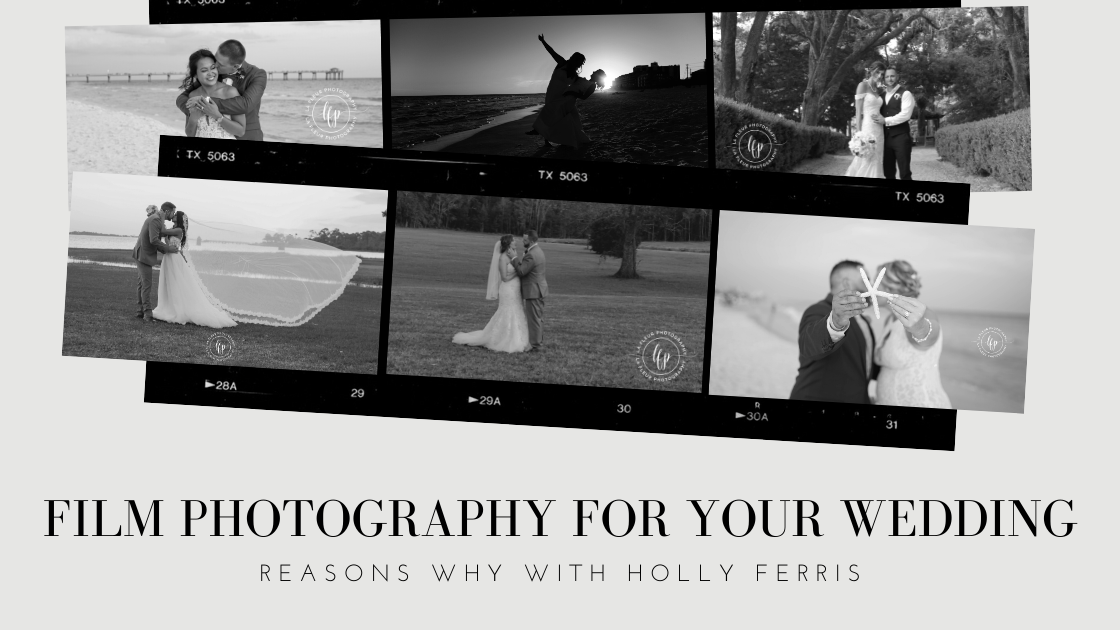 Film Photography For Your Wedding

The Reasons Why With Holly Ferris

Let’s take a journey back in time…

But this is the coolest memory I have of disposable cameras: the anticipation of waiting to get your shots developed. Initially, you dropped off your film to return later in the week. Then it progressed to 24 development. And then, technology had progressed to the point where you could have your film developed in an hour! This may seem weird but only waiting an hour to get your pictures developed was a HUGE deal.

A typical trip to Walmart or KMart consisted of dropping off your film, taking care of the rest of your shopping, and returning to the paper envelope of your pictures. And going through your pictures. THAT was an experience. Because you couldn’t see what the picture looked like when you took it, you were getting to experience the shots you took all over again. The viewfinder in disposable cameras was an approximation at best. But that was part of what made disposable cameras endearing. 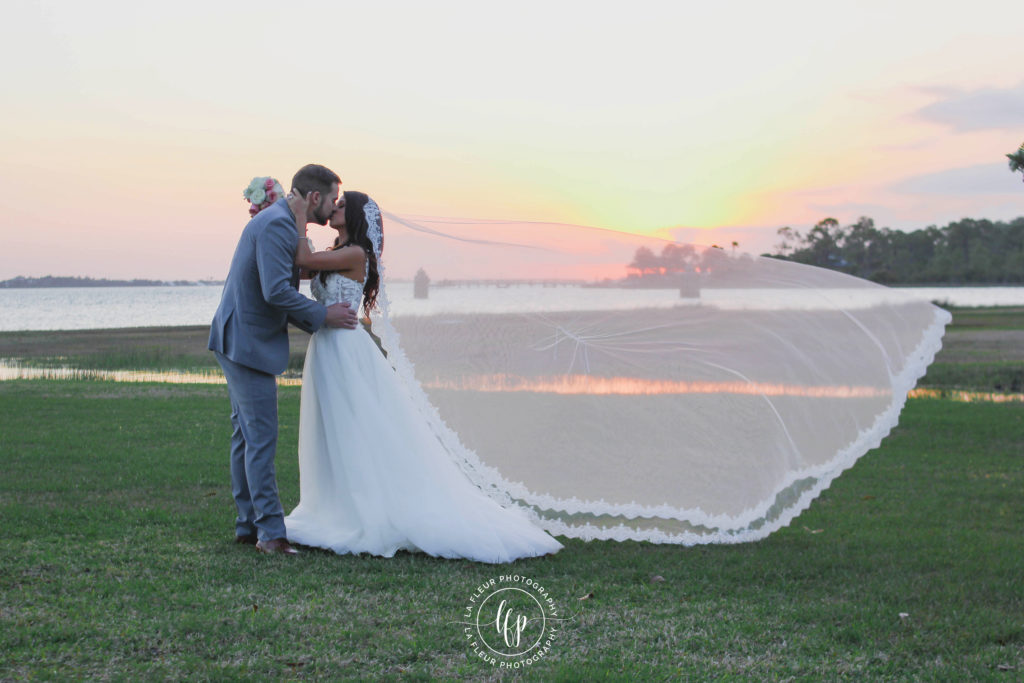 Bride and Groom On a Green At Sunset

I chatted with Holly Ferris, owner of LaFleur Photography, for one of my most recent podcasts and the conversation brought these memories back to me. She’s a wedding and family portrait photographer local to the Fort Walton Beach area who has had a passion for photography since she was in the fifth grade. She distinctly recalled writing about being a photographer in that grade of school. Being in her mid-30s like me, she is extremely well versed in what film encompasses. 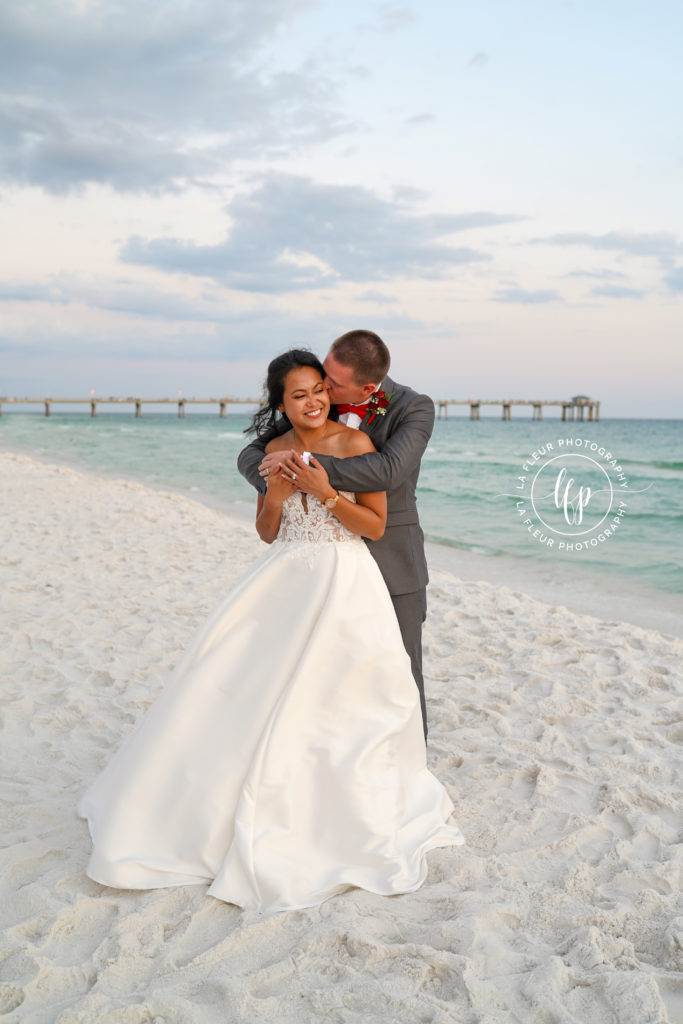 Bride and Groom on the Beach

As our conversation progressed, I wanted to get her thoughts on why couples should consider adding film as part of what their wedding photographer offers. Let’s pick up at that part of our chat.

Film Photography in a Digital Landscape

DJ Josh: Let’s talk about why film photography, shall we?

Holly Ferris: Alright, I recently started shooting with film again. Around 2012, I quit shooting with probably when I switched to digital like the majority of photographers did. But, I rediscovered my love for it again recently. Medium format is my favorite format to use when shooting film photography.

DJ: When you said “medium format” what do you mean?

HF: There’s 35 mm which is the standard roll of film in the little canister and then there’s medium format which is a roll with a paper backing. The size of the negative is bigger than standard so it can have it as either 6”x6” or 6”x7”, and then you have large format. Large format cameras have the bellows with the sheet over the back of them and it’s on a big tripod. 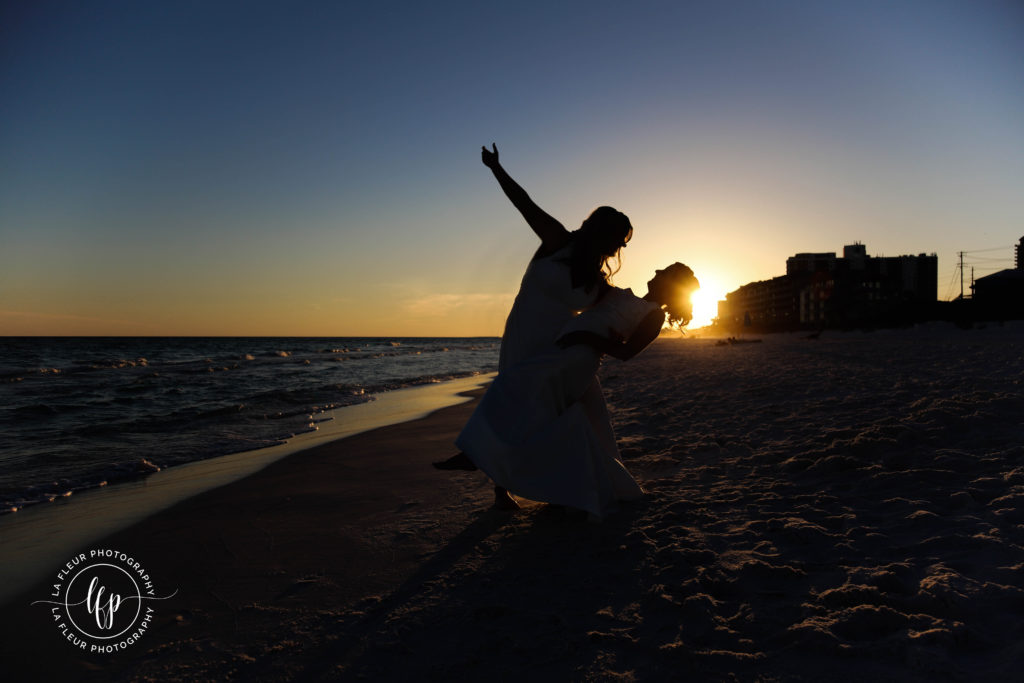 Couple on the Beach

Why Film Photography For Your Wedding?

DJ: So why film photography for your wedding? What differentiates film from digital and why should a couple consider having both options for their wedding?

HF: The detail you can get from film would be one reason to have it for your wedding. Another reason is that it feels more authentic. You only have a certain number of shots per roll so you’re shooting with more intention. The shots I shoot when I’m using film are more special than when I shoot digital.

I think there’s something fun about film as well. It’s a cool feeling, in the year 2020, to say, “I just got some film work done.” I love everything vintage so the nostalgia, for me, makes it more enjoyable.

Another reason is that film photographs provide a different look than pictures taken digitally. You have all that beautiful fine grain that you just cannot duplicate in digital no matter how hard you try. I think it’s partly because of those qualities that are causing film to make a comeback with a lot of the younger crowd. They want to have that film experience. 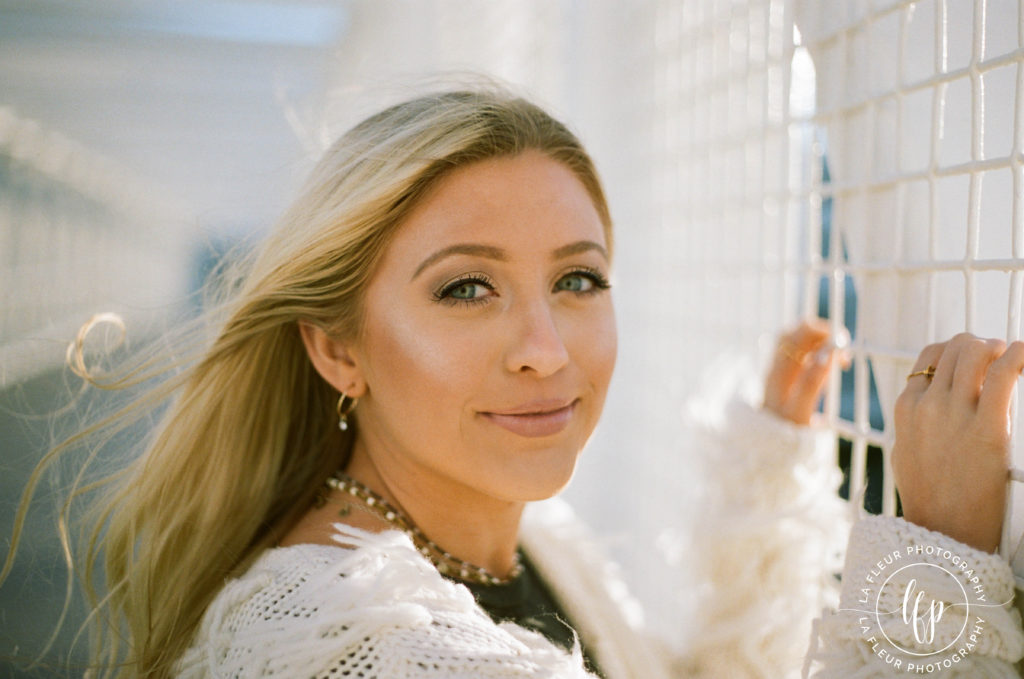 Film Is Making a Comeback

It is surprising to some but you have to remember that a lot of couples getting married were born after the start of the digital age. The ones that are getting into film now are in their mid to early 20s, and they’ve never even owned a film camera. Since I started with a film camera it’s becoming a trend to shoot with film. It’s become so popular the hashtag for it is #filmisnotdead. I offer it as an option to my clients because it’s become so popular.

DJ: You sound pretty passionate about film photography, how many cameras would you say you have?

HF: Ha! I’ve been asked this before. The main cameras I shoot with are two medium format cameras and 1 digital camera. Outside of those three, I own probably upwards of 20 or 30 cameras. I collect them. Not all of them work but most do. Some are so vintage that I have them on display. Because of how many I have, I store some of them under my bed. I might have a problem

HF: My current favorite camera would be my Pentax 6x7 which is the medium format that I’m currently shooting. I can use my favorite brand of lens with it and my digital camera so it kind of merges the old with the new for me.

As you’re in the process of deciding what photographer to go with, whether or not they provide film photography for your wedding could be one of the criterion you use to select your wedding photographer. Having print photos is a great memento to capture the memories of your big day, and who doesn’t enjoy the experiencing of opening a photo album to recount their wedding day?

To Find Out More About Holly

Holly, it was so great to chat with you! I look forward to releasing the podcast starting at the end of April! To get more information about Holly to inquire about including her on your wedding event team, check out her website at www.thesnaplife.com, on Instagram at @lafleurphotography for weddings and @itsthesnaplife for her film work. She also has published a book of film photography with the nighttime street photography being the subject. Contact her at holly@thesnaplife.com to order it. Quantities are limited. 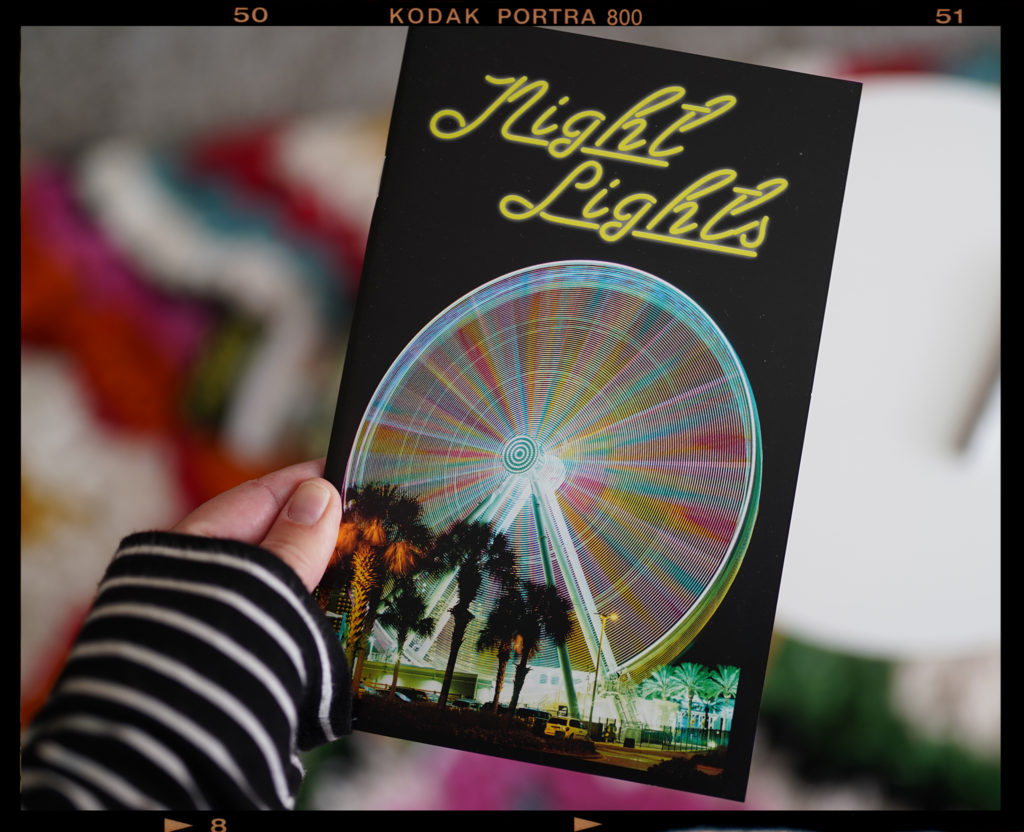 The Cover of Night Lights by Holly Ferris 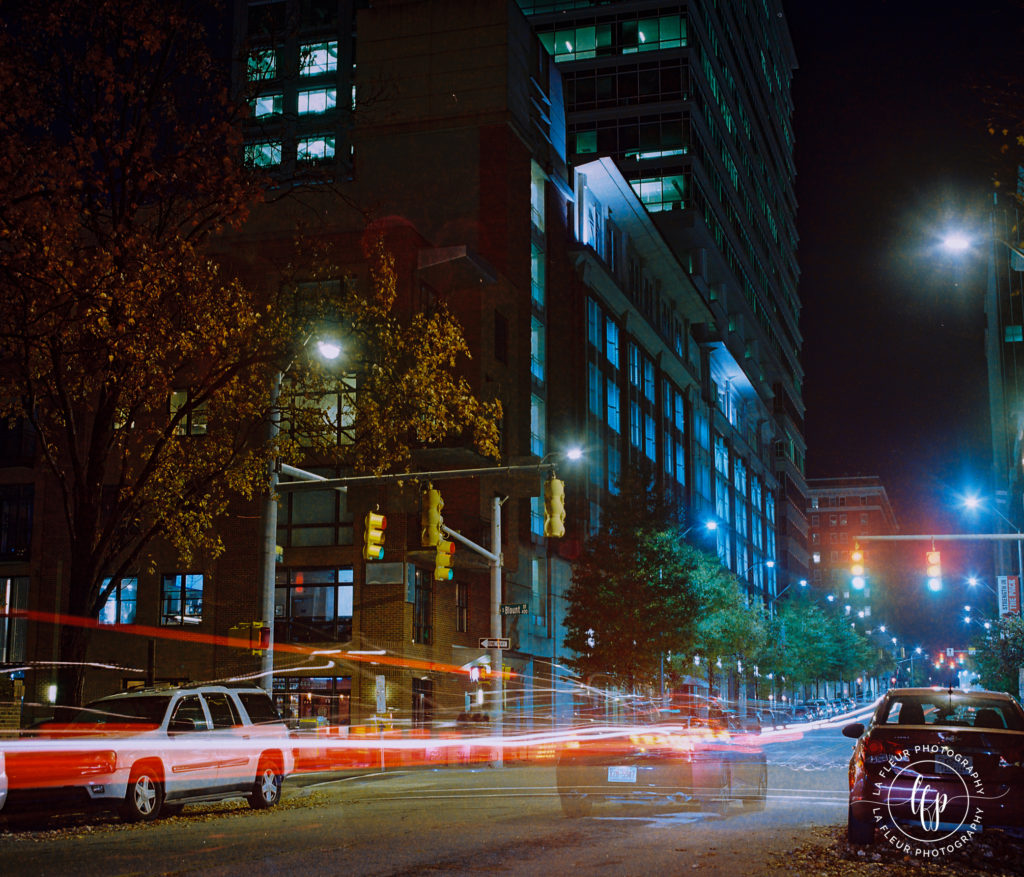 ICYMI: Check out my thoughts on the COVID-19 crisis in this open letter as well as the previous week’s conversation with Cali Hlavac from Silver Shade Studios about why you should make sure to add a videographer on your event team.

The Perfect Mother-Son Dance Song For Your Wedding
May 11, 2020